Like several African American artists of the early 20th century, John Motley Archibald John Motley Jr. (1891-1981) was famously associated with the Harlem Renaissance. Originally from Louisiana, at a young age Motley and his family moved to what was once a predominantly white neighborhood known as Englewood in southwest Chicago. Though his father wished he would pursue a career in architecture, Motley chose to pursue art instead, attending the Art Institute of Chicago to study painting. Read More

While a student, he received classical training which was heavily contrasted by his modernist-realist works: an anomaly in the school’s then-conservative standards. In 1913, while attending the college, students rioted against the modernist works on display in the Armory Show, influencing Motley’s later decision post-graduation in 1918 to keep his modern paintings secret for several years. Despite receiving training in Westernized portraiture, Motley’s artwork (while understanding the nuances in the aesthetics of phrenology and physiognomy) was individualistic; drawing parallels and visual cues from Western culture but simultaneously becoming its own artistic entity. Motley, being of mixed ancestry (African American, European, Creole, and Native American), became very interested in skin-tone, resulting in his portrayal of the richness and diversity of the black population; thus extending his artwork to a wide audience. Often his subjects are depicted in a soft, air-brushed style. Most famously, Motley was known for his paintings of black social life, mainly that of the jazz culture in vibrant city settings during the 1920s and 1930s. It is through such aesthetics that Motley used to shine light on the aspects of the black community often left unseen by the white majority, essentially broadening the scope of the multifaceted black experience in America. 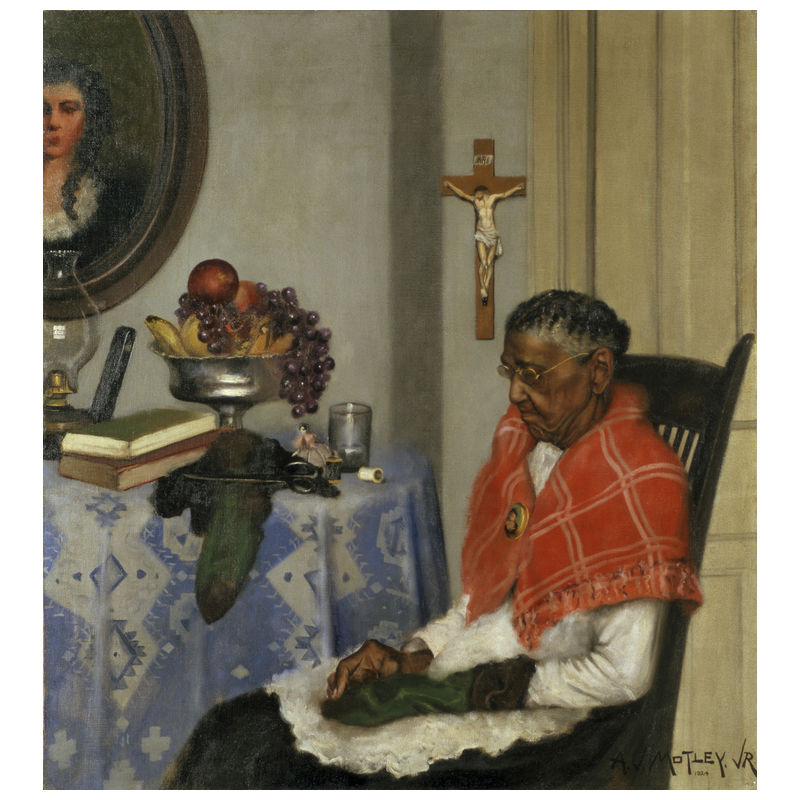