Most commonly associated with the Black Arts Movement of the 1960’s and 1970s, Barbara Jones-Hogu (1938-2017) spent her life deeply rooted in Chicago. Born in the city and spending a majority of her early life there, she relocated to the Washington, DC area to attend Howard University, where she graduated with a Bachelor of Arts in 1959. She then returned to Chicago to earn a Bachelor of Fine Arts in 1964, a Master of Fine Arts with a concentration in printmaking in from the Institute of Design and an additional Master’s degree in printing from the Illinois Institute of Technology. Read More

Although described as very private and thoughtful, Jones-Hogu was a prominent member of OBAC (Organization for Black American Culture), serving as a one of muralists that created the renowned Wall of Respect in 1967 in South Chicago: a public work that sparked social, political, and culturally themed murals to be created across American urban landscapes. In 1968, Jones-Hogu served as one of the founding members of the African Commune of Bad Relevant Artists (AfriCOBRA), an African American artist collective that stressed the importance of black independence and self-determination. 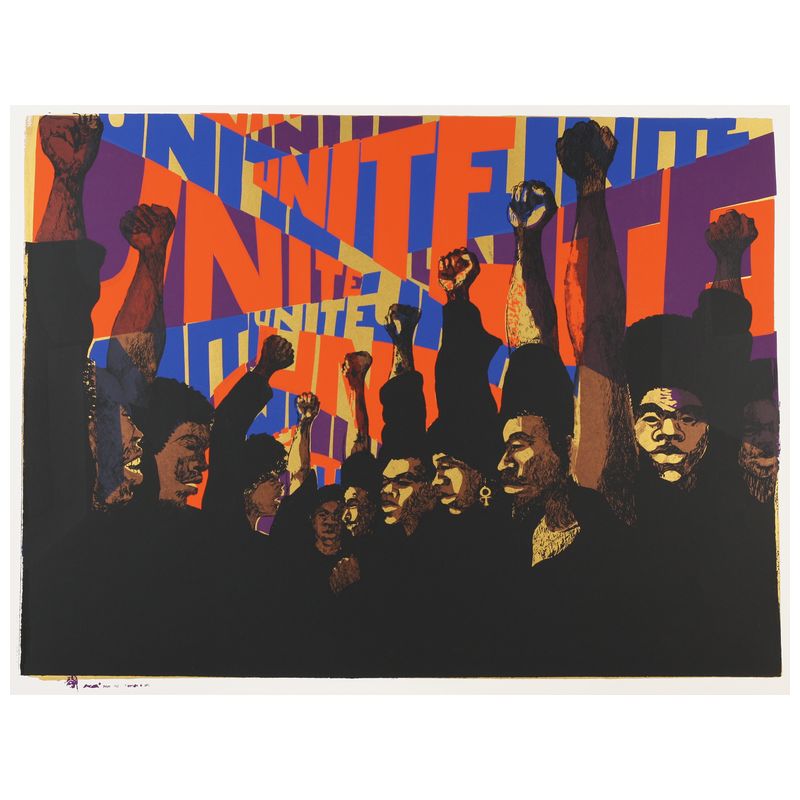