An African American painter amongst the most prominent of the Harlem Renaissance, Charles Alston (1907-1977) began his journey in the arts in DeWitt Clinton High School, located in his hometown of Charlotte, North Carolina. It was here that Alston received his first oil paints and learned of his aunt Bessye Bearden’s art salons where both Duke Ellington and Langston Hughes were regular attendees. After graduating in 1915, it became clear that Alston’s exposure to the art world had stuck with him: his lack of interest in programs such as architecture and pre-med resulted in his returning to art via Columbia University’s fine arts program. Read More

Upon graduation in 1929, he then ventured to earn his Master’s at Teachers College. Through influences such as Paul Cezanne, Pablo Picasso,  Winold Reiss, Amedeo Clemente Modigliani, Aaron Douglas, Diego Rivera, and Jose Clemente Orozco, Alston became a prolific painter, sculptor, illustrator, teacher, and muralist. Much of his artwork explored religious symbolism, color, form, and space through modernist painting styles (cubism being one), monochromatism, and murals. Alston’s artistic success led him to become African-American supervisor for the Works Progress Administration’s Federal Art Project. Additionally, he was able to contribute to and produce more large-scale, elaborate work such as designing and painting murals at the Harlem Hospital and the Golden State Mutual Life Insurance Building. HIs work in sculpture also gained him fame; specifically his bust of Martin Luther King, Jr., which became the first image of an African American displayed at the White House in 1990. 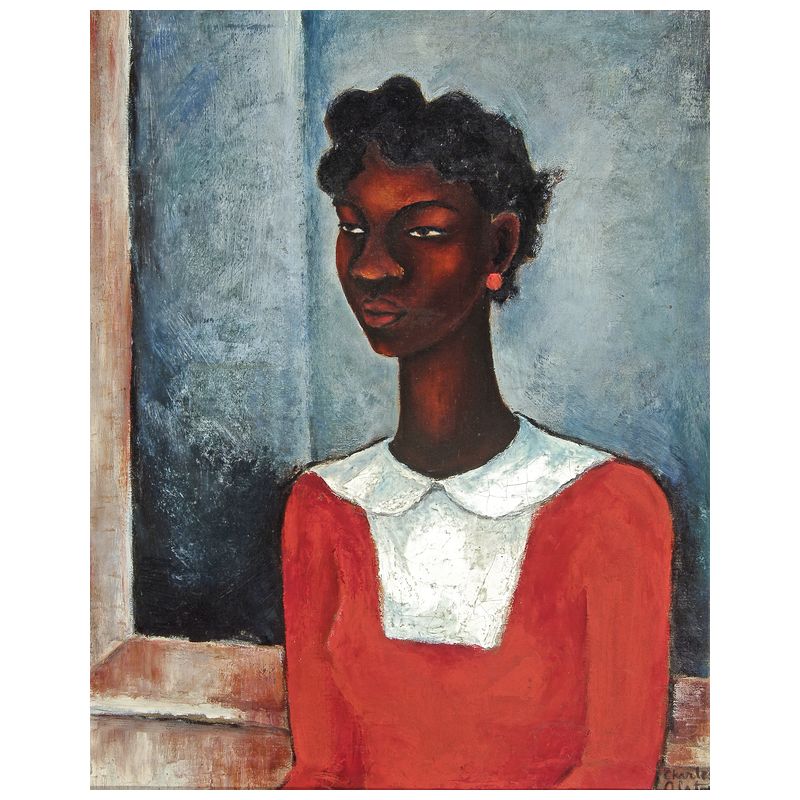 Girl in a Red Dress