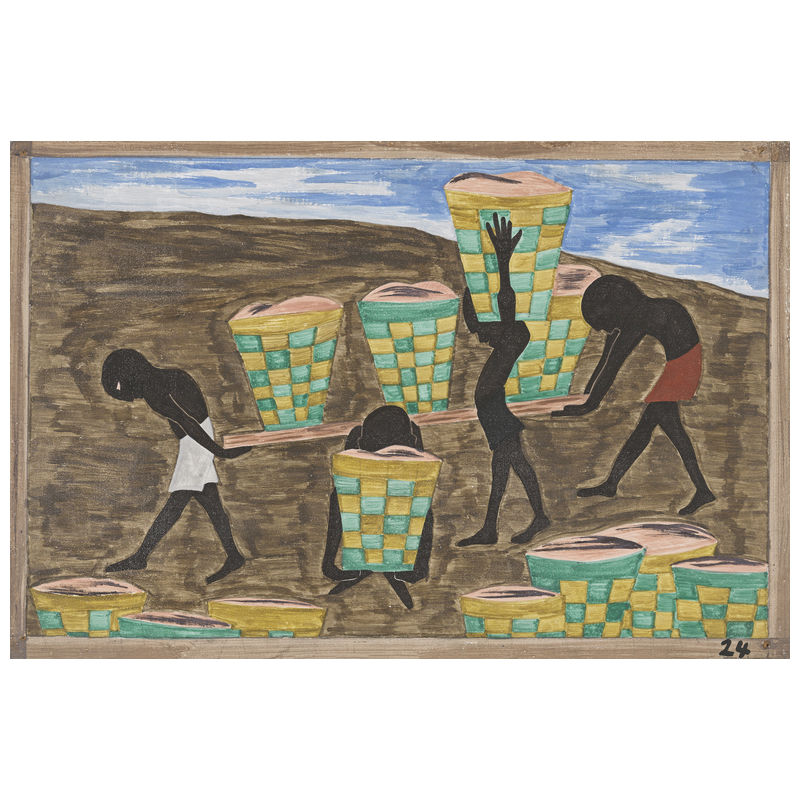 Migration panel 24. Child labor and a lack of education was one of the other reasons for people wishing to leave their homes. 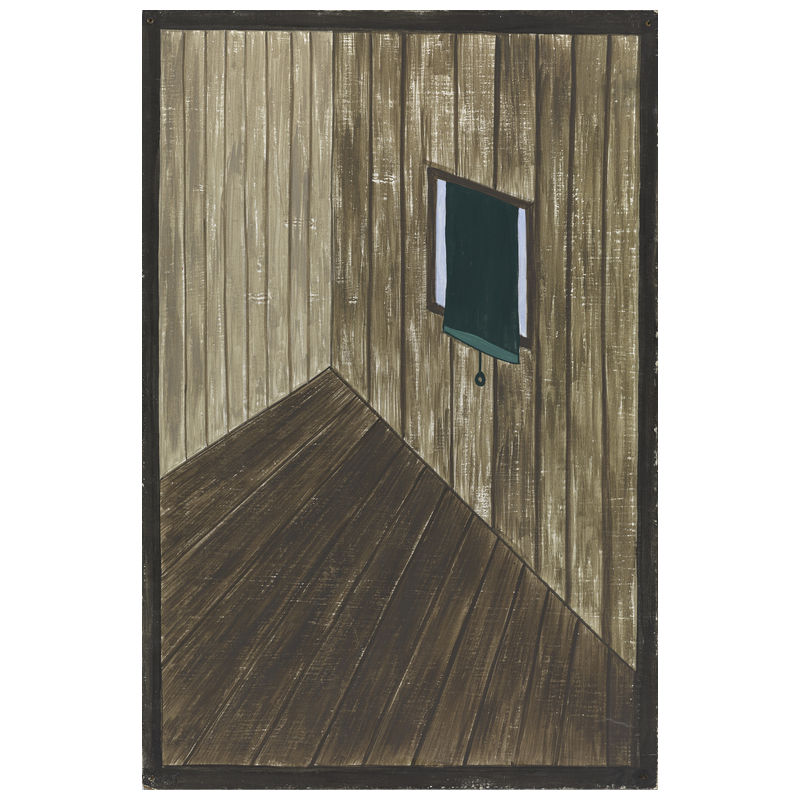 The Migration Series, Panel no. 25: They left their homes. Soon some communities were left almost empty. 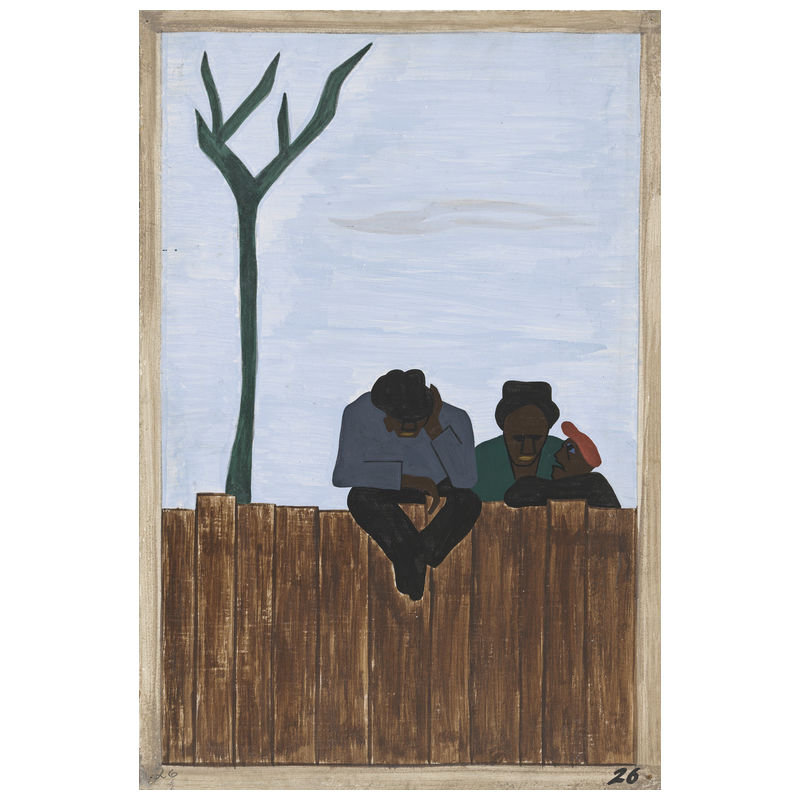 Migration panel 26. And people all over the South began to discuss this great movement. 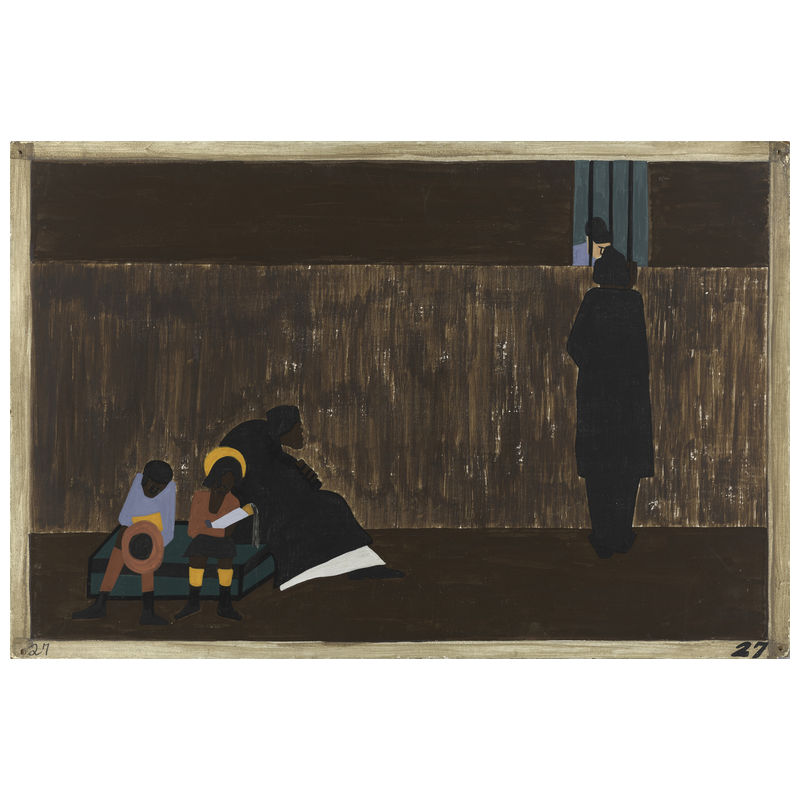 The Migration Series, Panel no. 27: Many men stayed behind until they could take their families north with them. 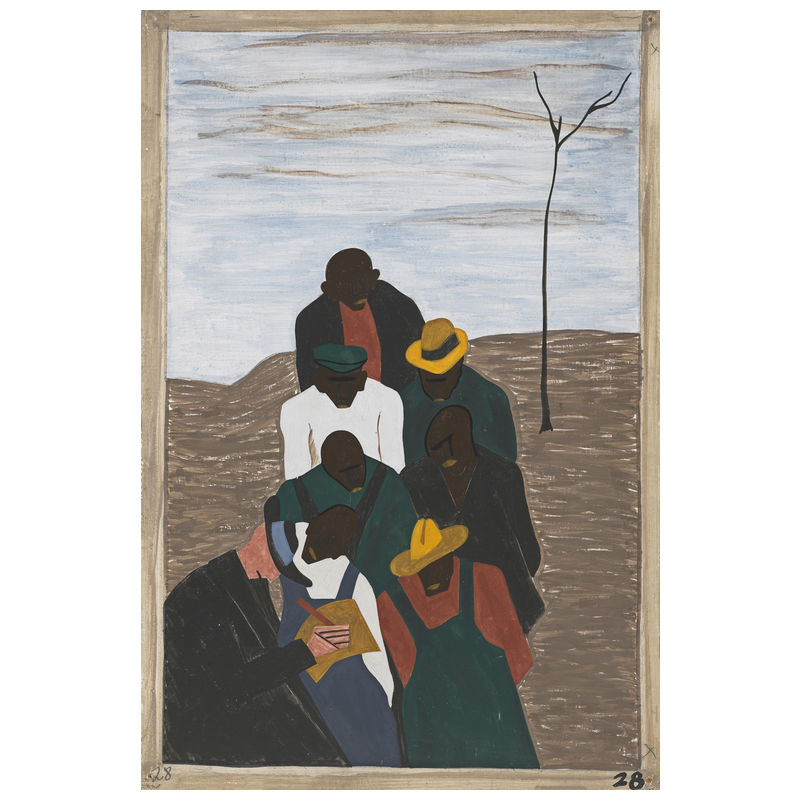 Migration panel 28. The labor agent who had been sent South by Northern industry was a very familiar person in the Negro counties. 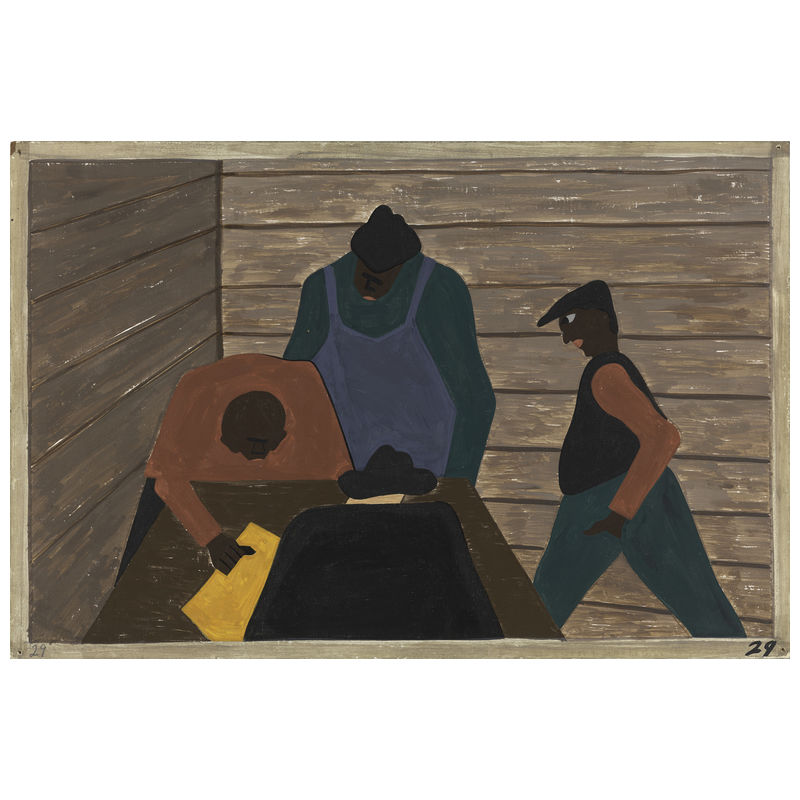 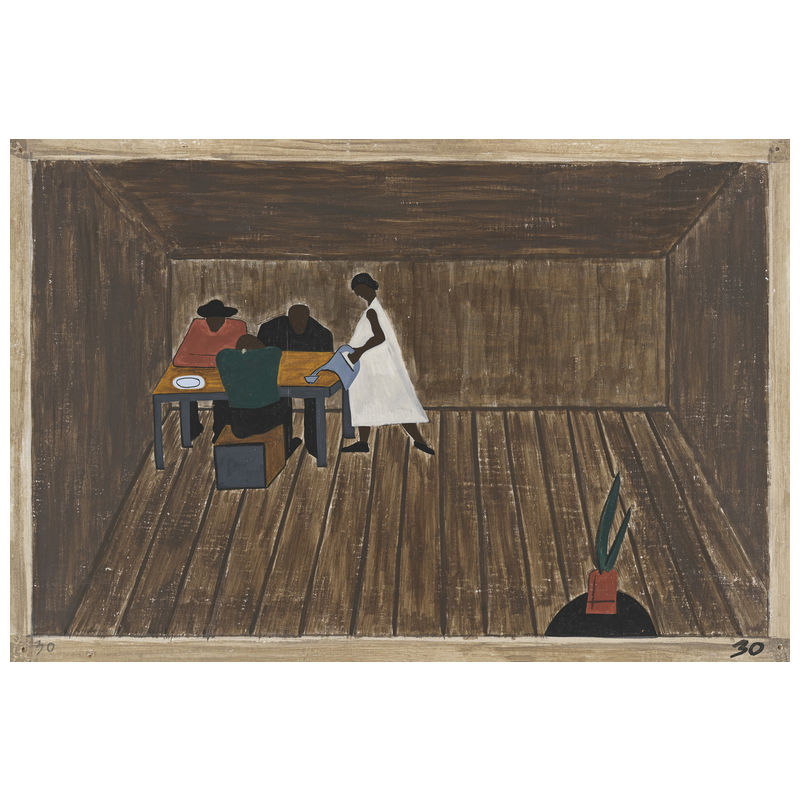 Migration panel 30. In every home people who had not gone North met and tried to decide if they should go North or not. 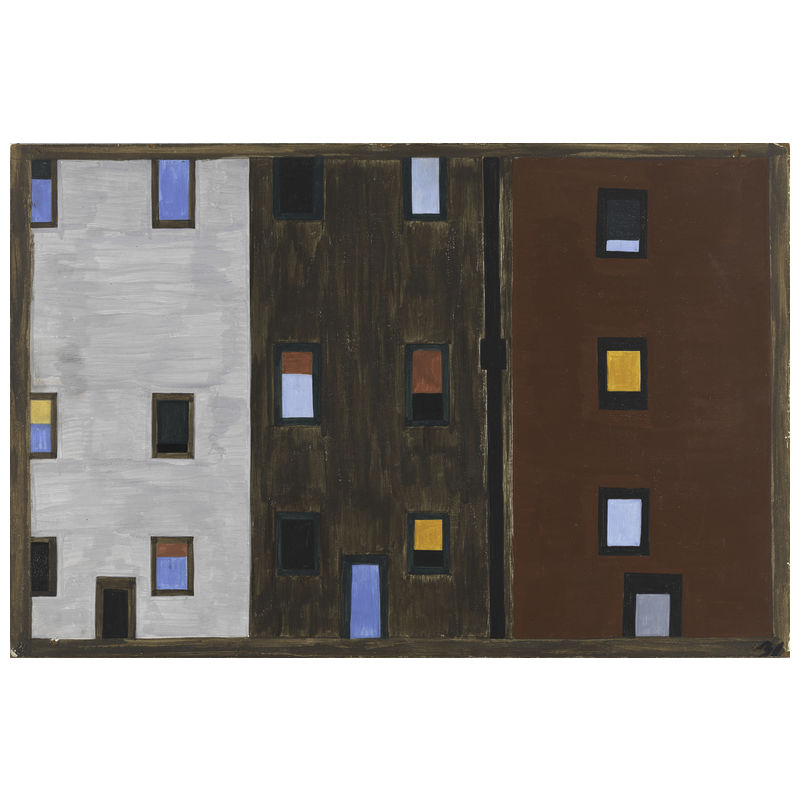 The Migration Series, Panel no. 31: The migrants found improved housing when they arrived north. 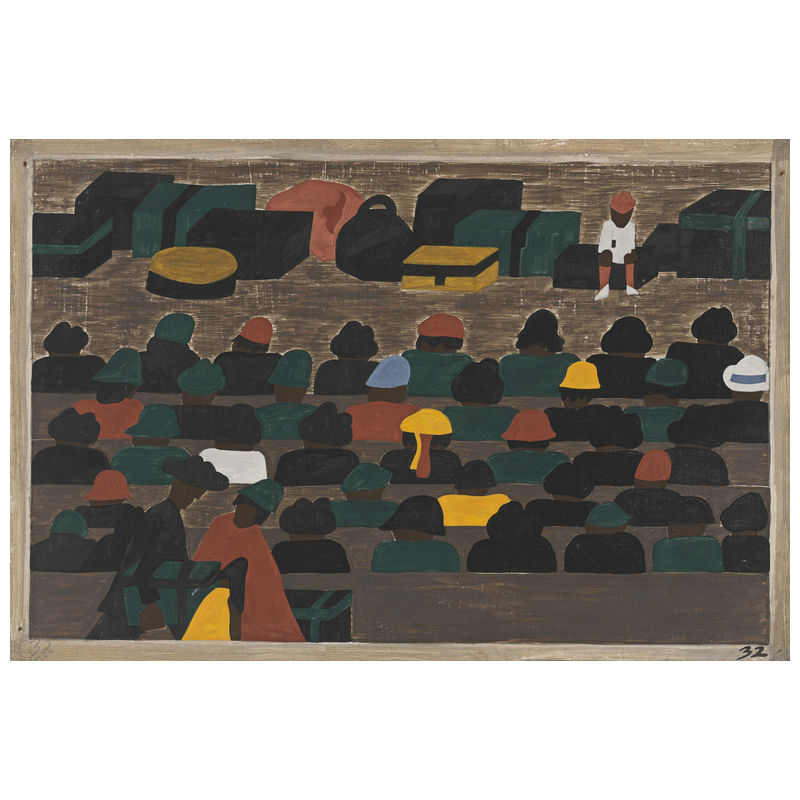 Migration panel 32. The railroad stations in the South were crowded with people leaving for the North. 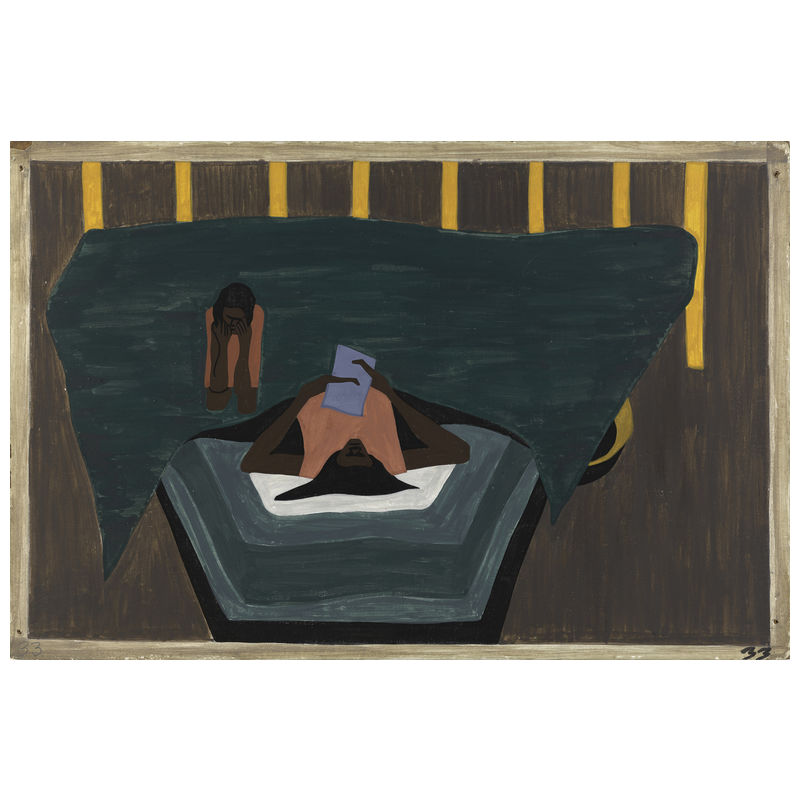 The Migration Series, Panel no. 33: Letters from relatives in the North told of the better life there. 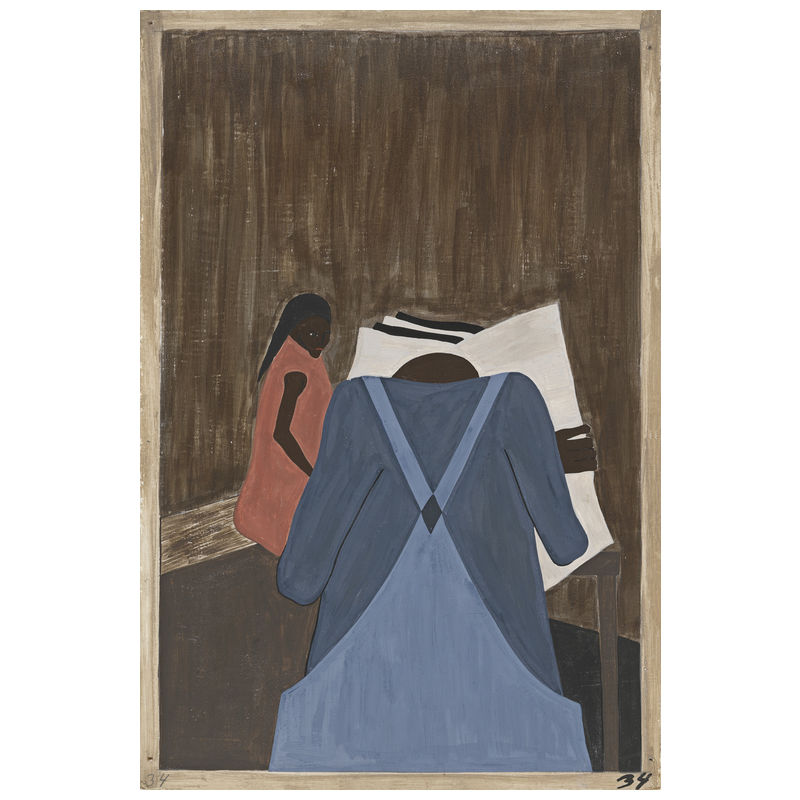 Migration panel 34. The Negro press was also influential in urging the people to leave the South. 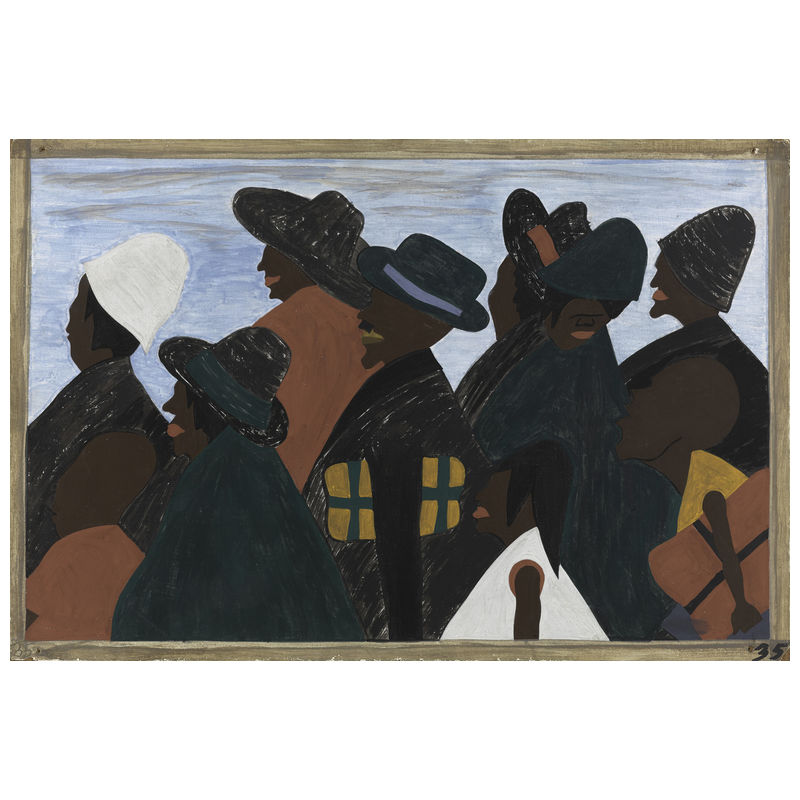 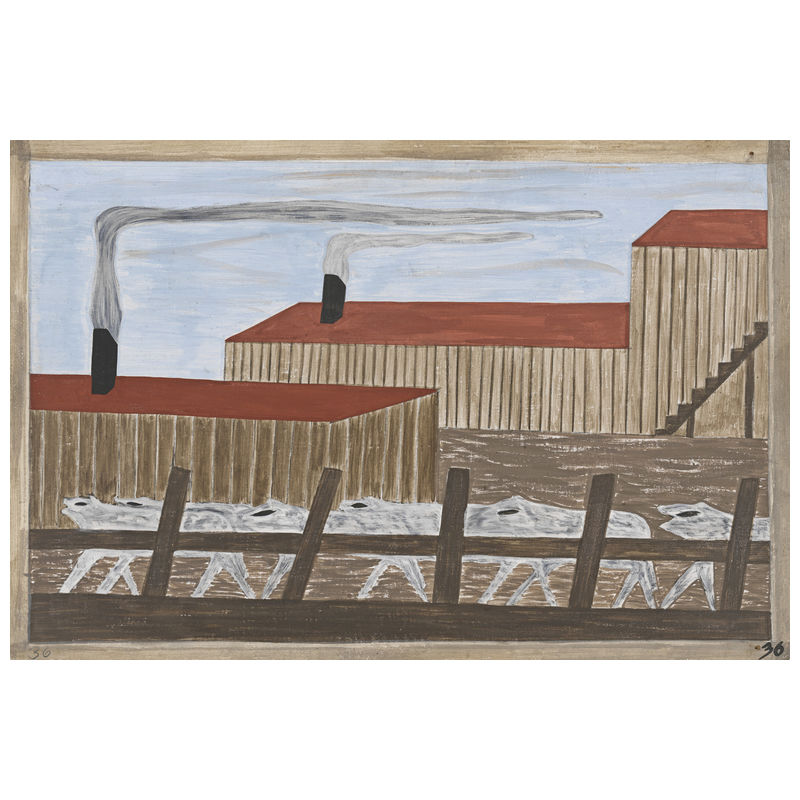 Migration panel 36. They arrived in great numbers into Chicago, the gateway of the West. 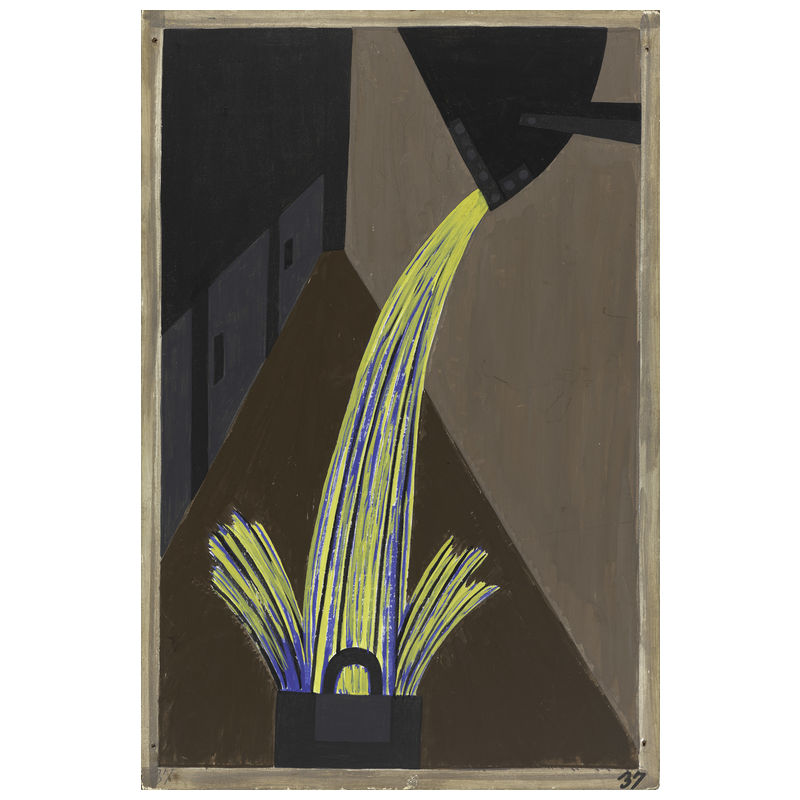 The Migration Series, Panel no. 37: Many migrants found work in the steel industry. 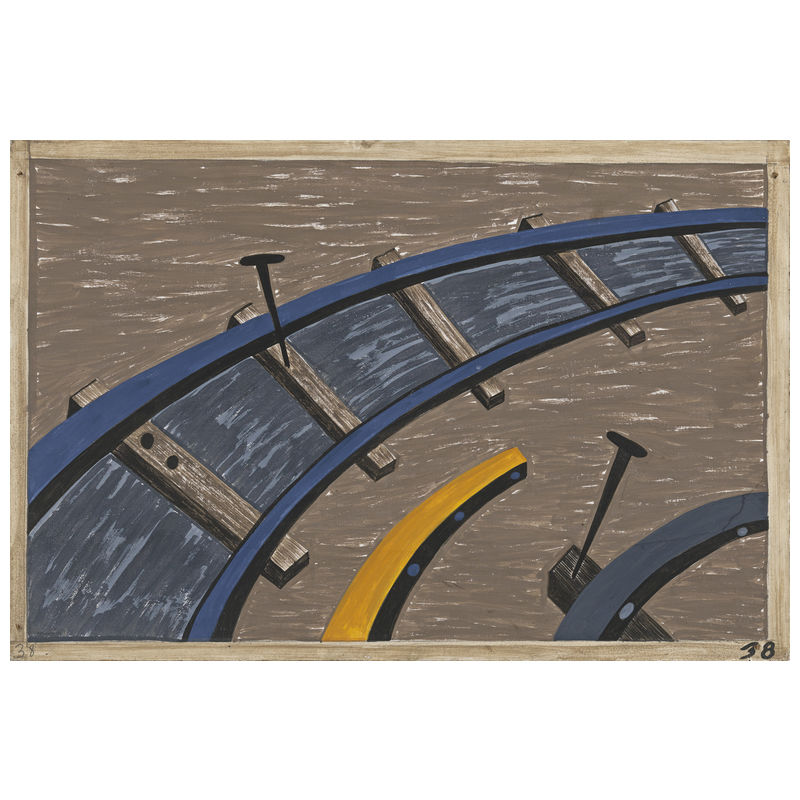 Migration panel 38. They also worked in large numbers on the railroad. 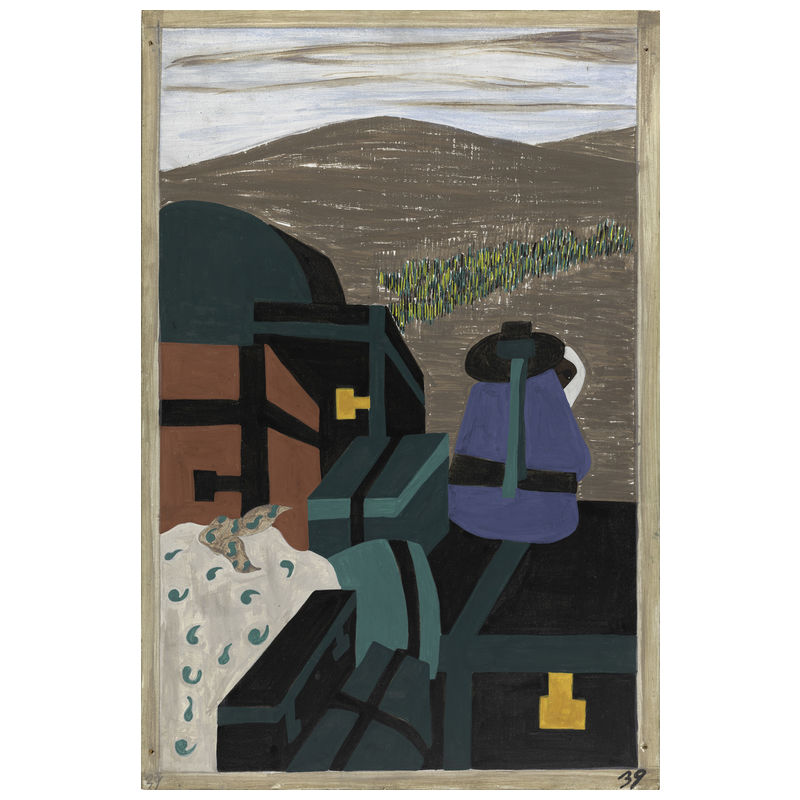 The Migration Series, Panel no. 39: Railroad platforms were piled high with luggage.