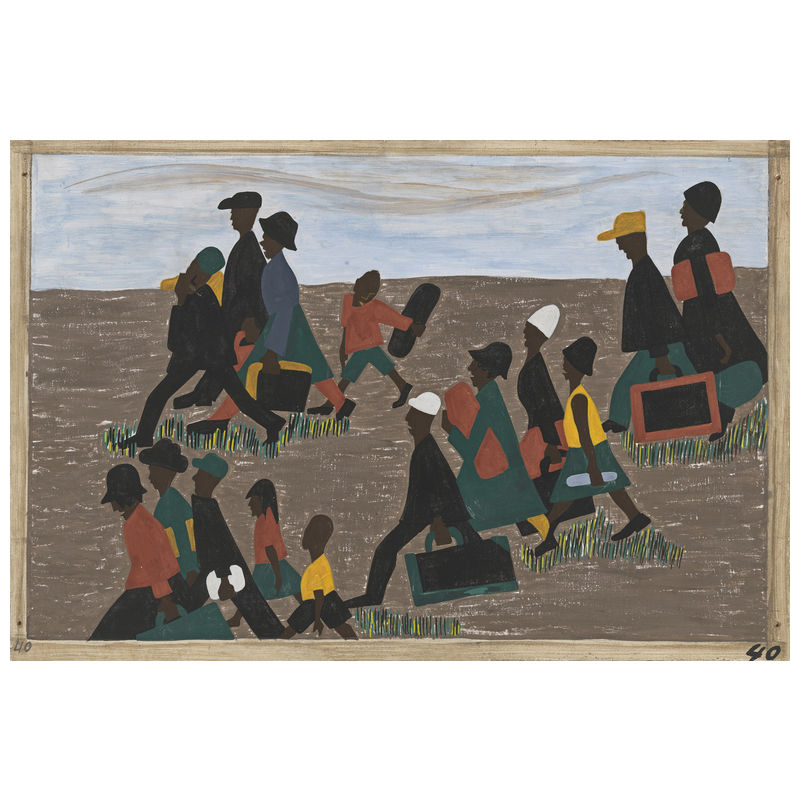 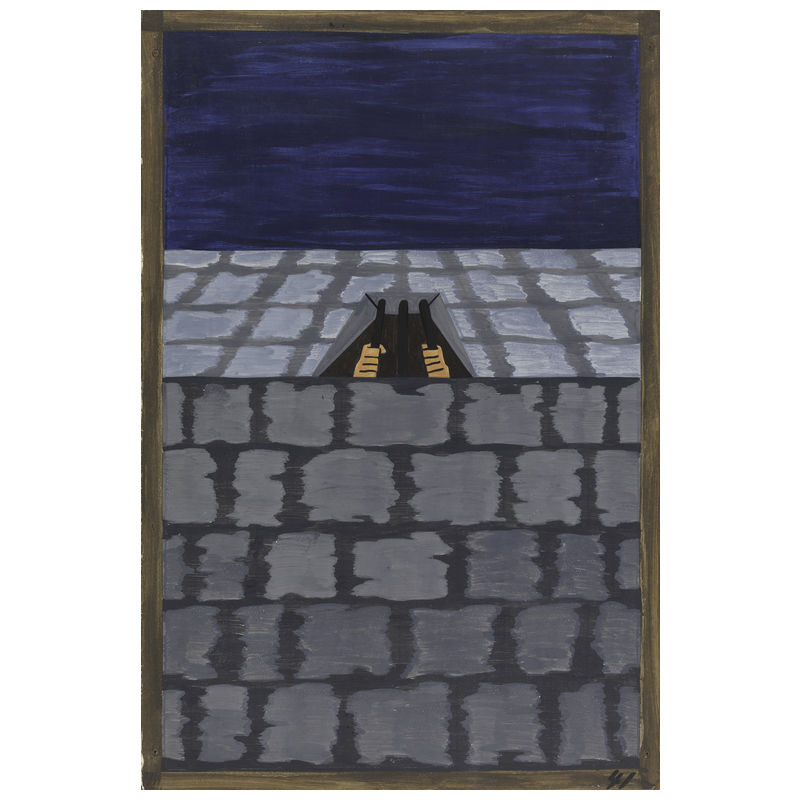 The Migration Series, Panel no. 41: The South was desperate to keep its cheap labor. Northern labor agents were jailed or forced to operate in secrecy. 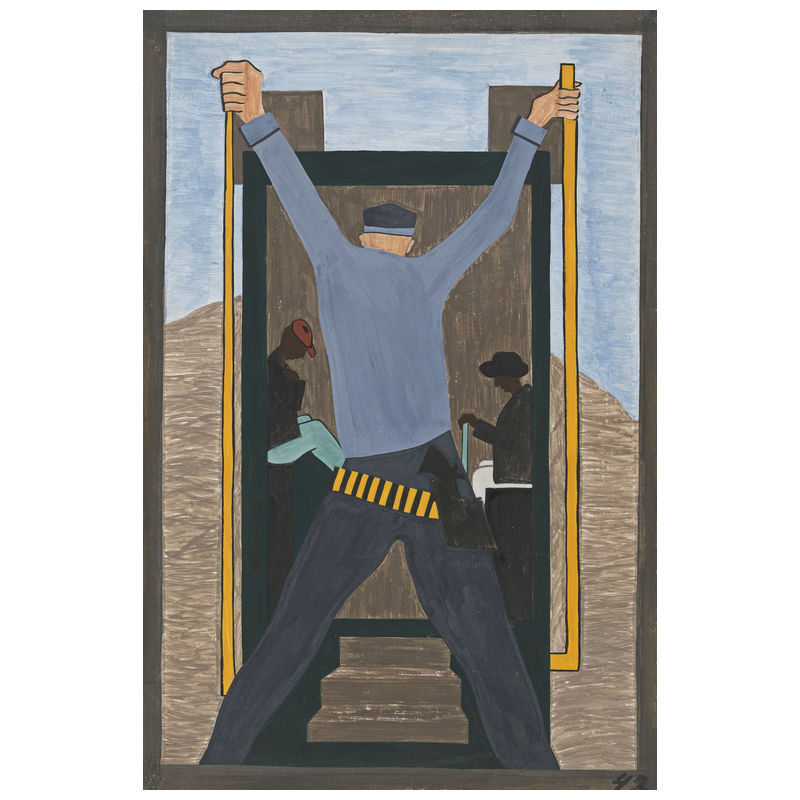 Migration panel 42. They also made it very difficult for migrants leaving the South. They often went to railroad stations and arrested the Negroes wholesale, which in turn made them miss their train. 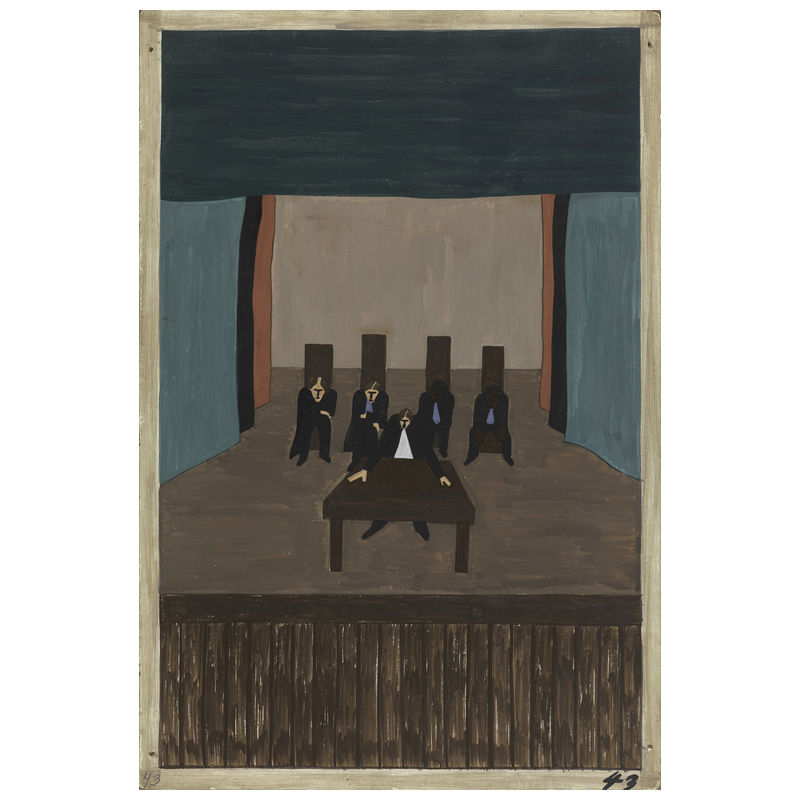 The Migration Series, Panel no. 43: In a few sections of the South leaders of both Black and White communities met to discuss ways of making the South a good place to live. 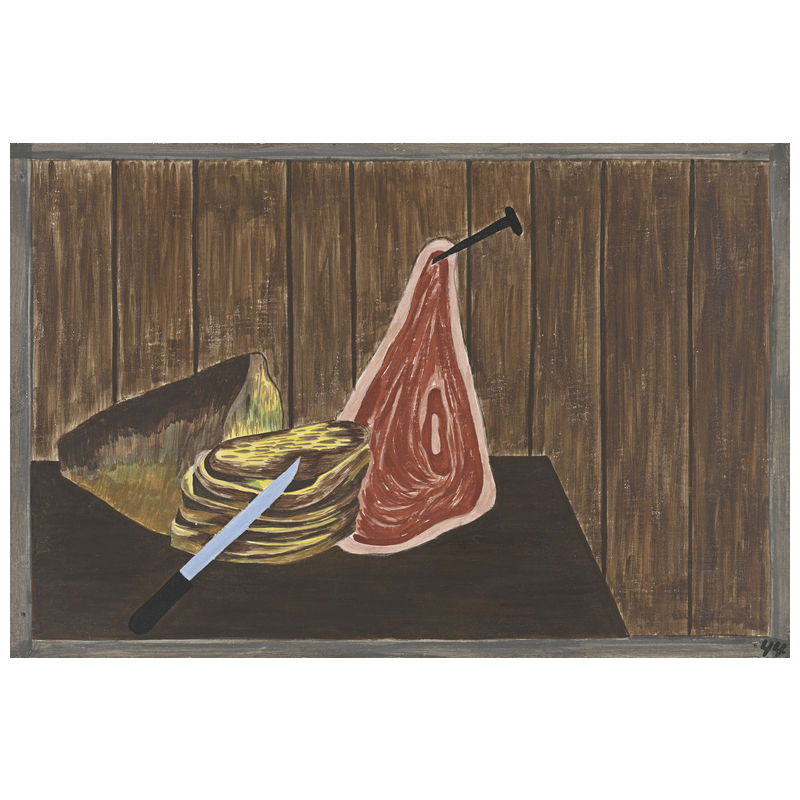 Migration panel 44. Living conditions were better in the North.. 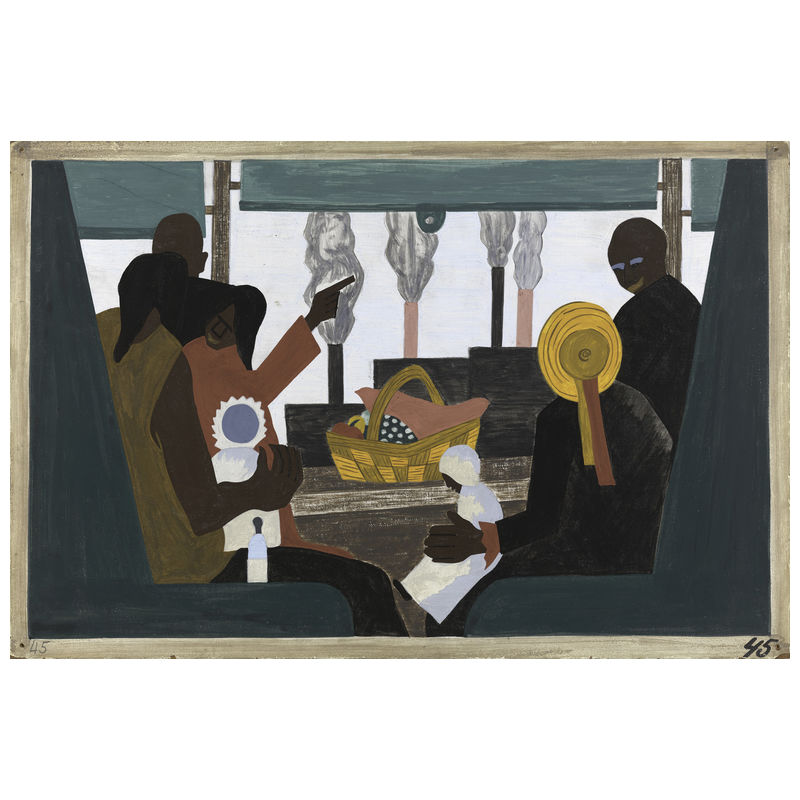 The Migration Series, Panel no. 45: The migrants arrived in Pittsburgh, one of the great industrial centers of the North. 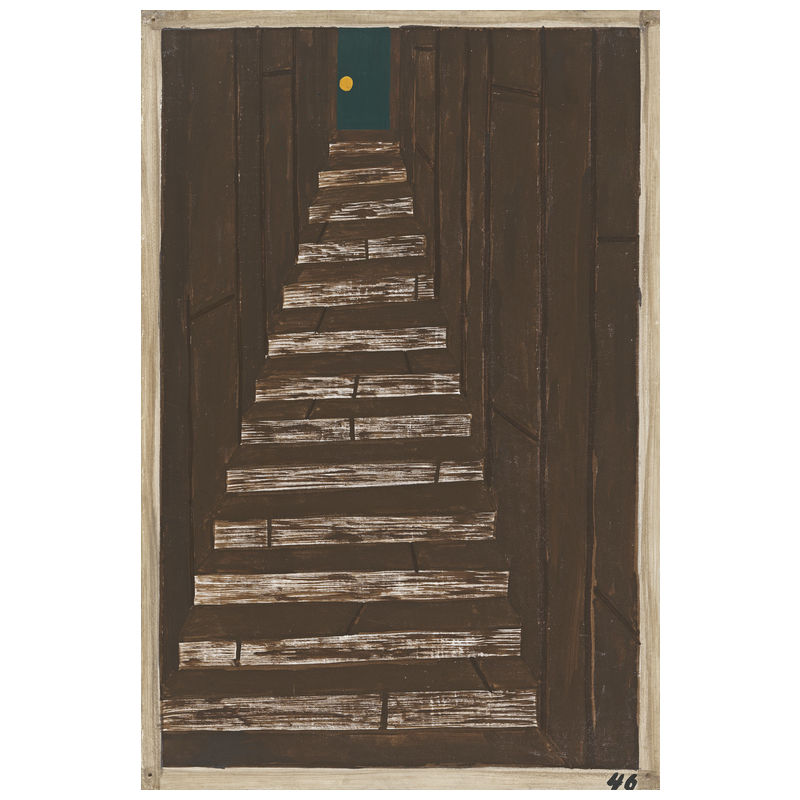 Migration panel 46. Industries attempted to board their labor in quarters that were oftentimes very unhealthy. Labor camps were numerous. 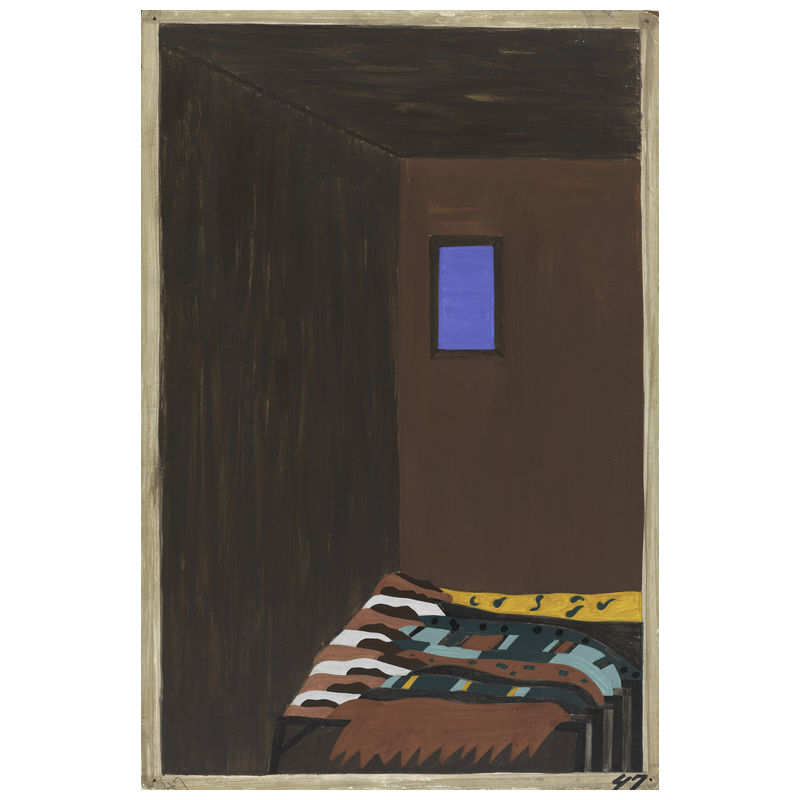 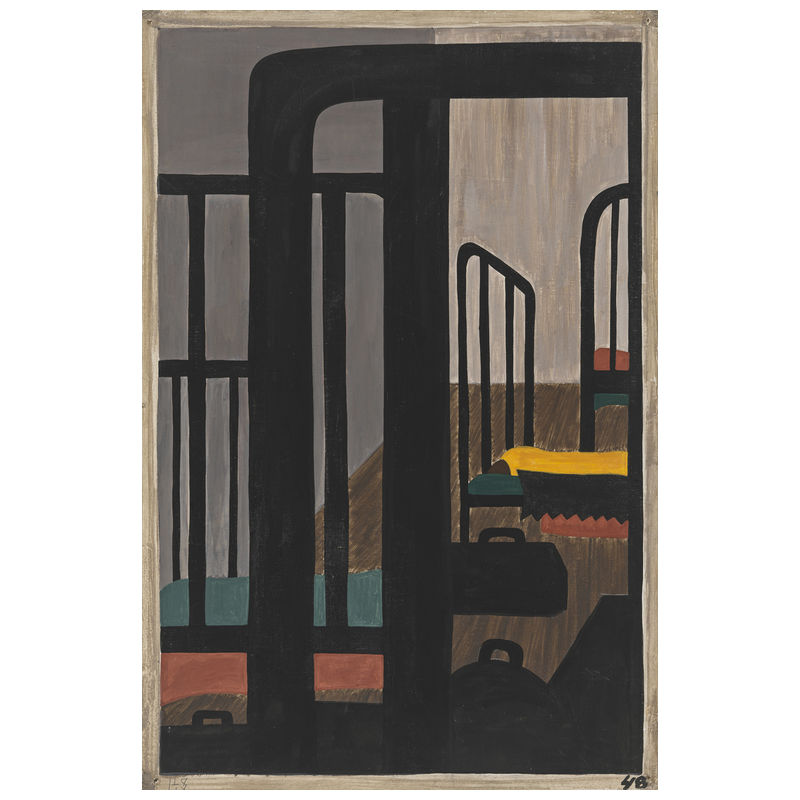 Migration panel 48. Housing for the Negroes was a very difficult problem. 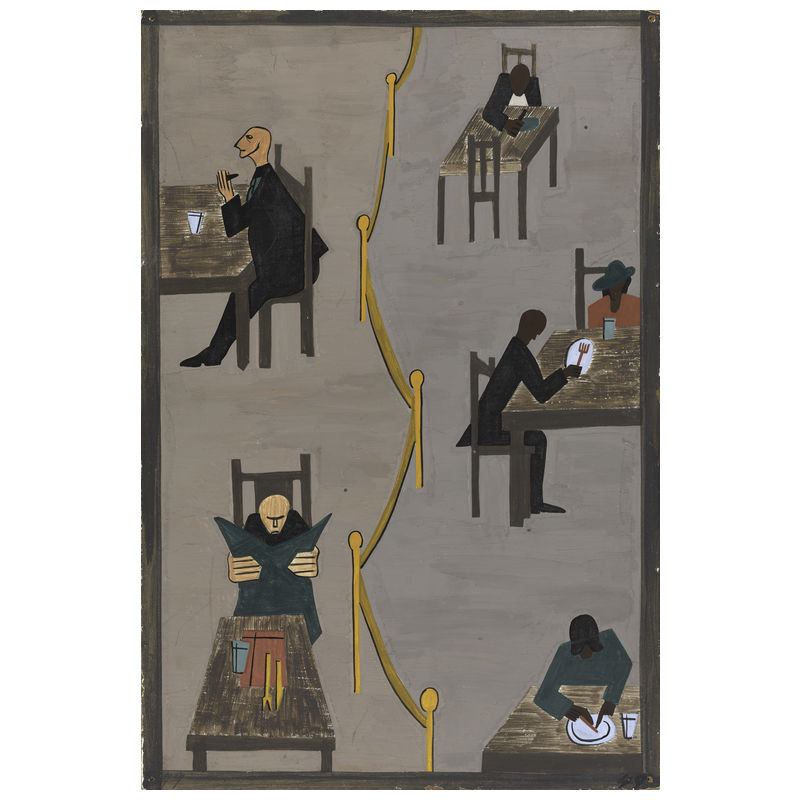 The Migration Series, Panel no. 49: They found discrimination in the North. It was a different kind. 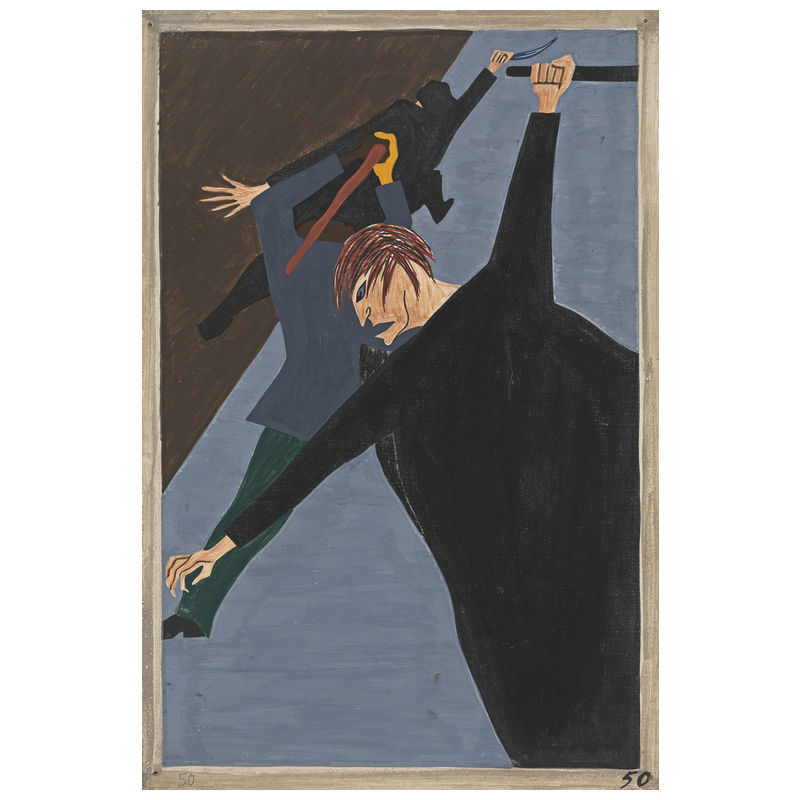 Migration panel 50. Race riots were very numerous all over the North because of the antagonism that was caused between the Negro and white workers. Many of these riots occurred because the Negro was used as a strike breaker in many of the Northern industries. 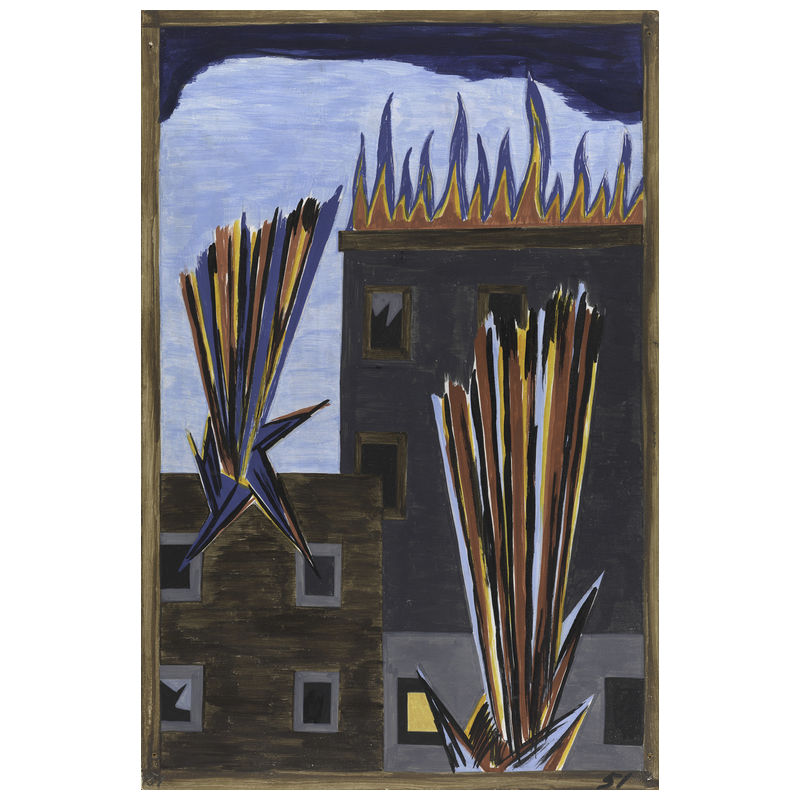 The Migration Series, Panel no. 51: African Americans seeking to find better housing attempted to move into new areas. This resulted in the bombing of their new homes. 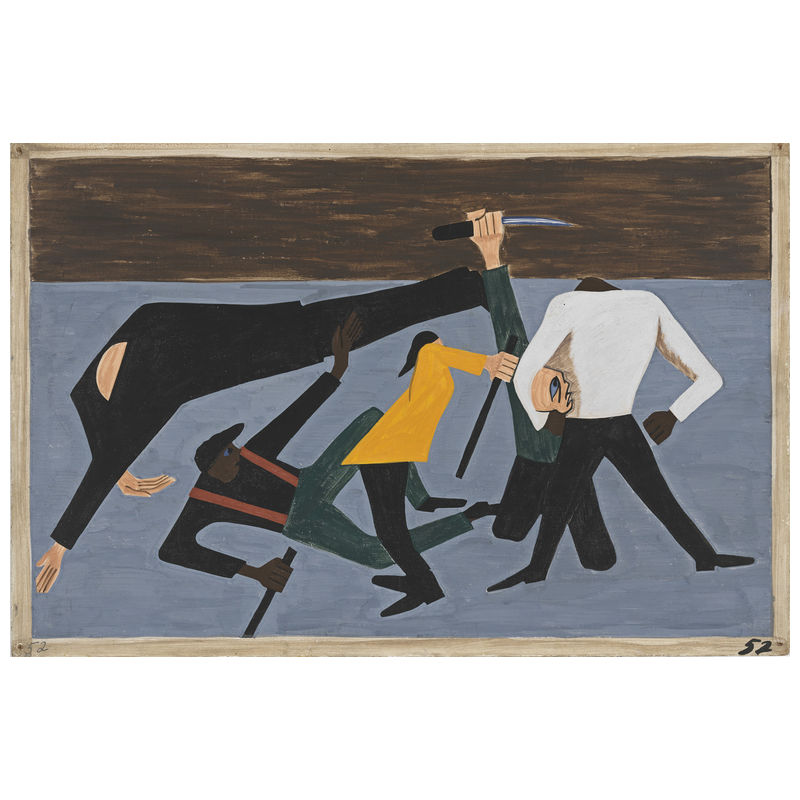 Migration panel 52. One of the largest race riots occurred in East St. Louis. 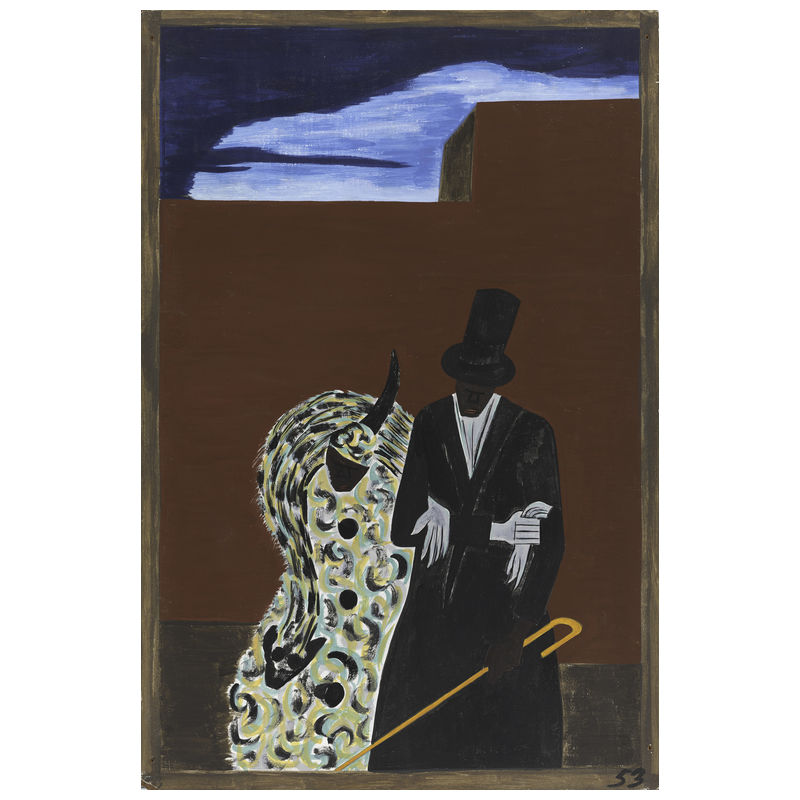 The Migration Series, Panel no. 53: African American, long-time residents of northern cities met the migrants with aloofness and disdain. 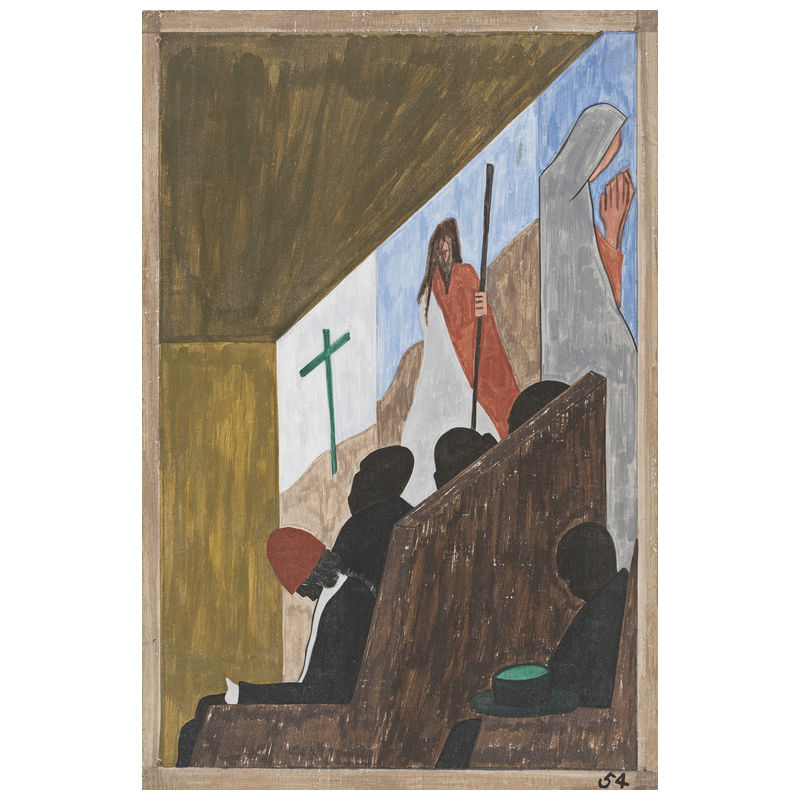 Migration panel 54. One of the main forms of social and recreational activities in which the migrants indulged occurred in the church. 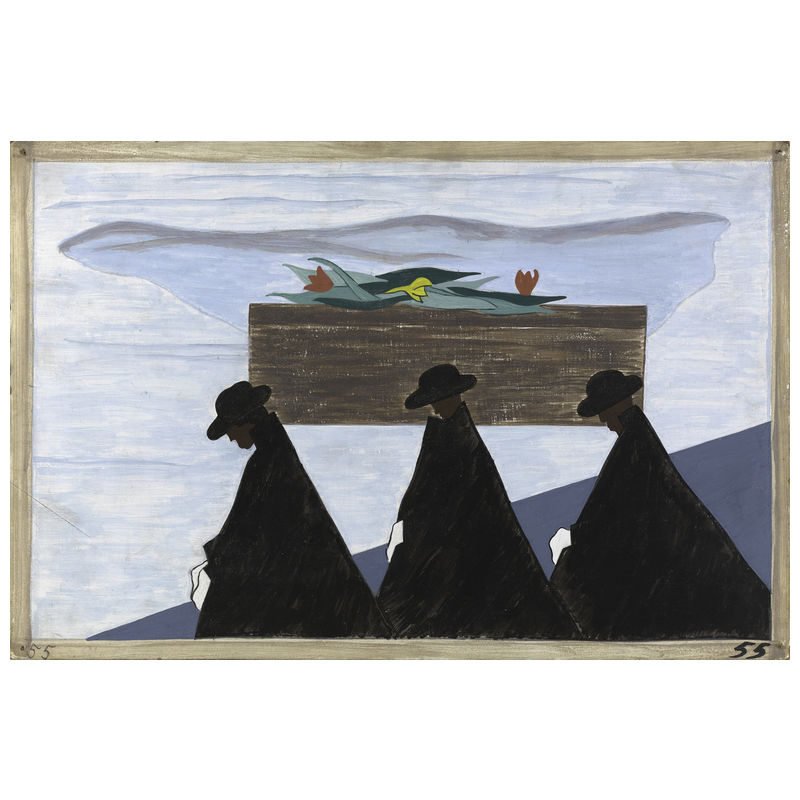 The Migration Series, Panel no. 55: The migrants, having moved suddenly into a crowded and unhealthy environment, soon contracted tuberculosis. The death rate rose.