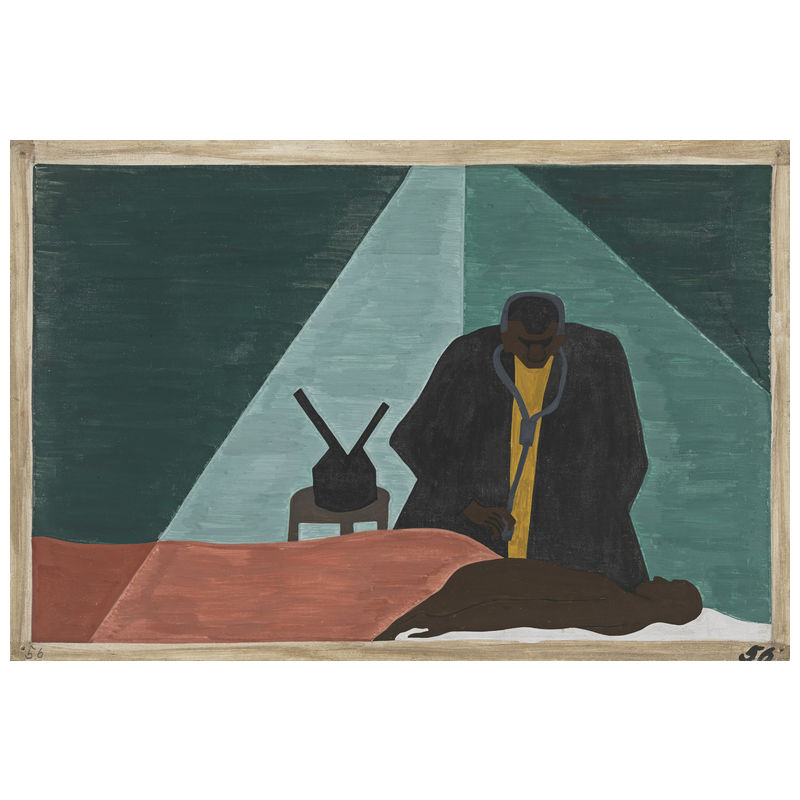 Migration panel 56. Among one of the last groups to leave the South was the Negro professional who was forced to follow his clientele to make a living. 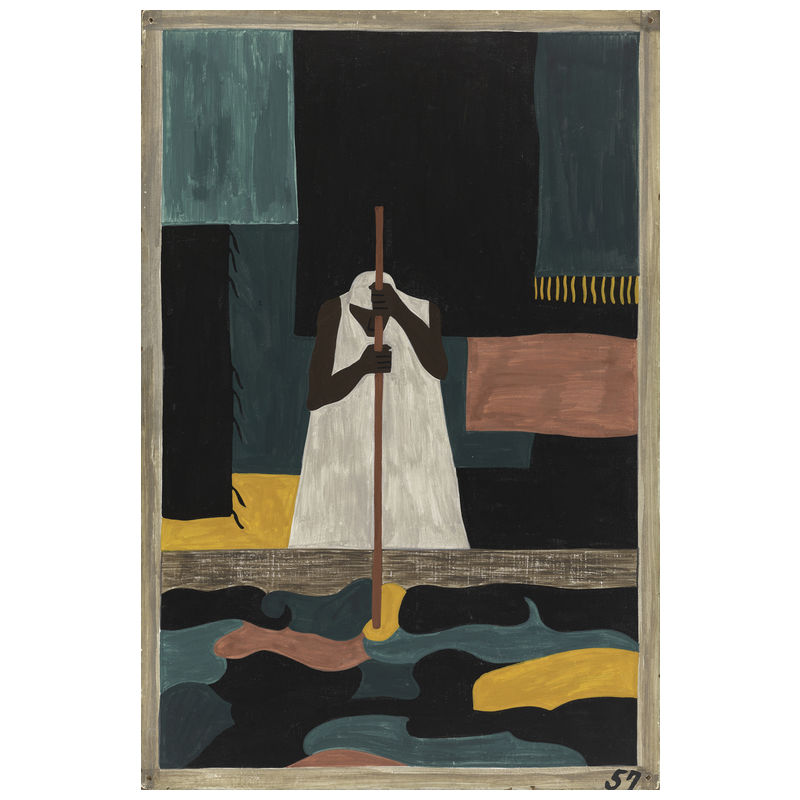 The Migration Series, Panel no. 57: The female workers were the last to arrive north. 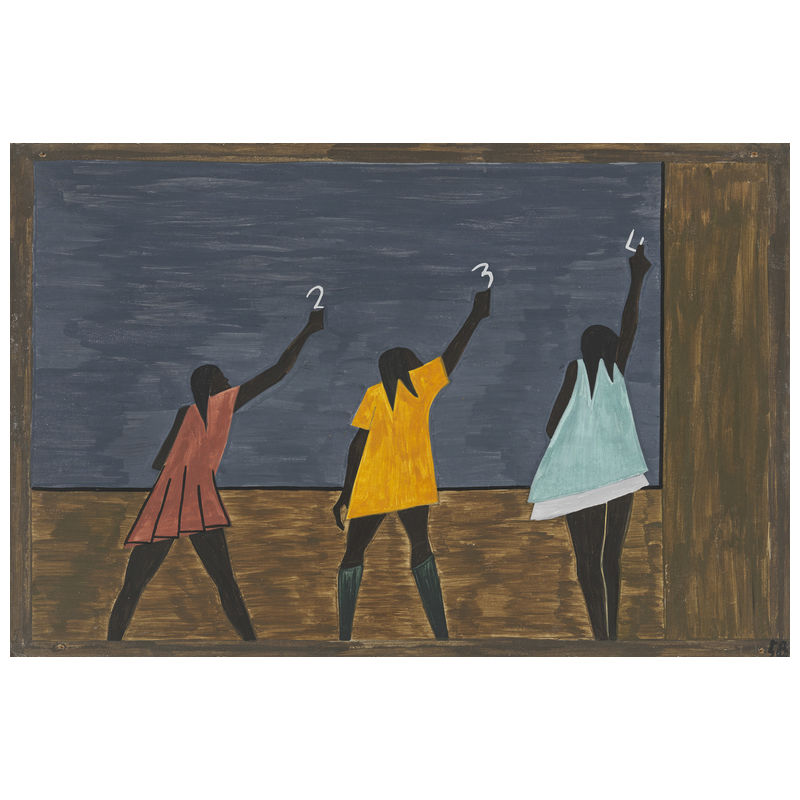 Migration panel 58. In the North the Negro had better educational facilities.. 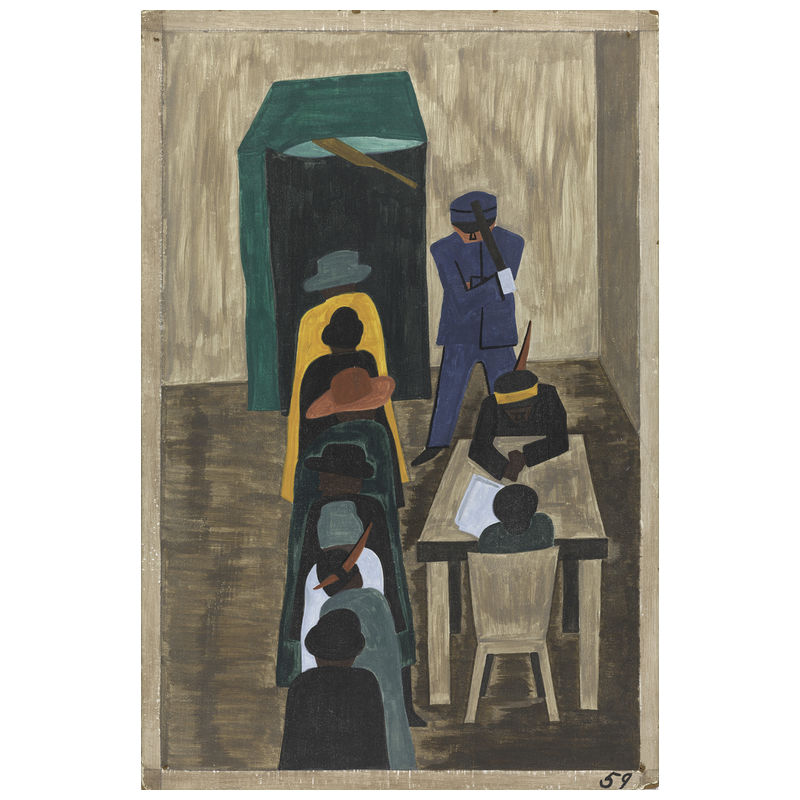 The Migration Series, Panel no. 59: In the North they had the freedom to vote. 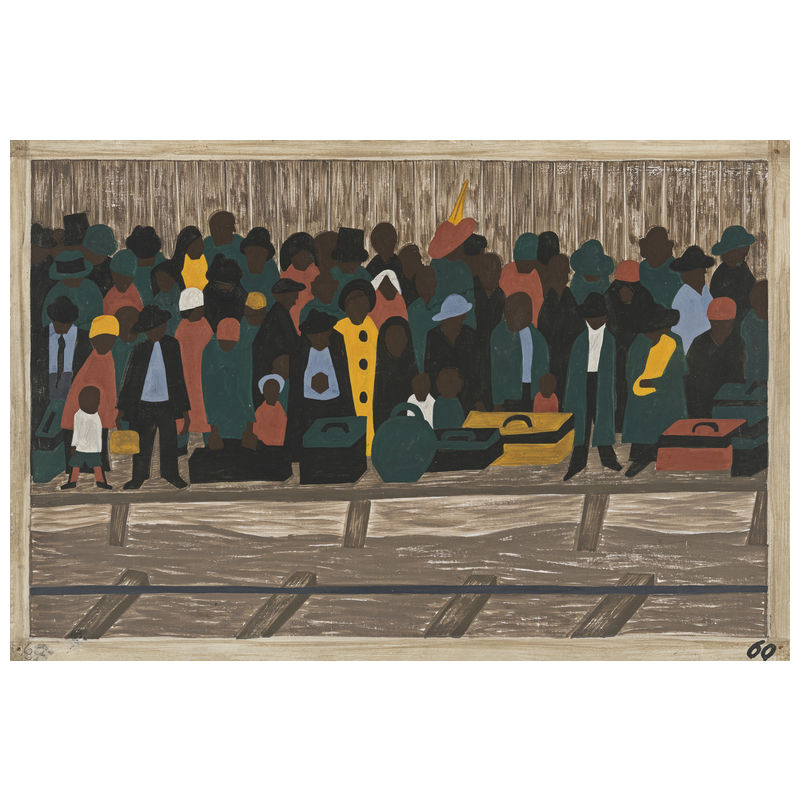