Romare Howard Bearden (1911-1988) was an Afro-American artist. Born in Charlotte, North Carolina and educated in Pittsburgh, Pennsylvania, Bearden moved to New York City after high school to attend New York University. Upon his graduation in 1935, his artistic career began with depictions of the American South. He continued his studies under German artist George Grosz at the Art Students League in 1936 and 1937, during which he supported himself as a political cartoonist for African-American newspapers. Read More

A talented cartoonist, Bearden grew by learning how to create new techniques and mediums, such as oil paints and collages. More importantly, his style transitioned through his life experiences. His early paintings were often depicted scenes of the American South focusing on unity and community within the African American community, influenced stylistically by the Mexican muralists, especially Diego Rivera and José Clemente Orozco. During World War II, Bearden joined the United States Army, serving from 1942 until 1945, resulting in his work being expressive of the humanity the world was lacking (from his standpoint). His work gradually became more abstract, continuing into the 1950s, and stemming into his collage work of the 1960s. 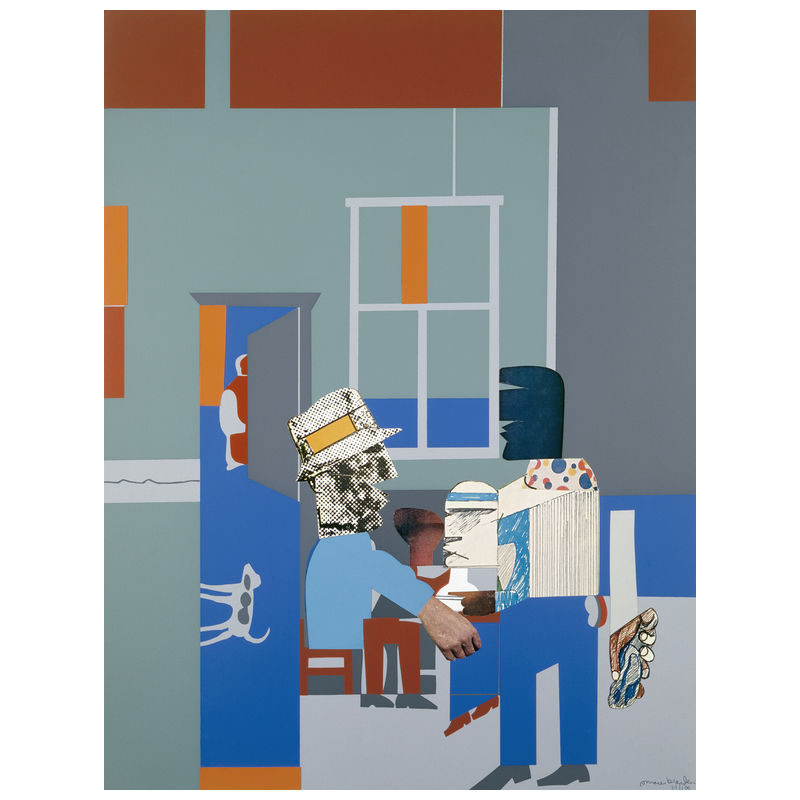 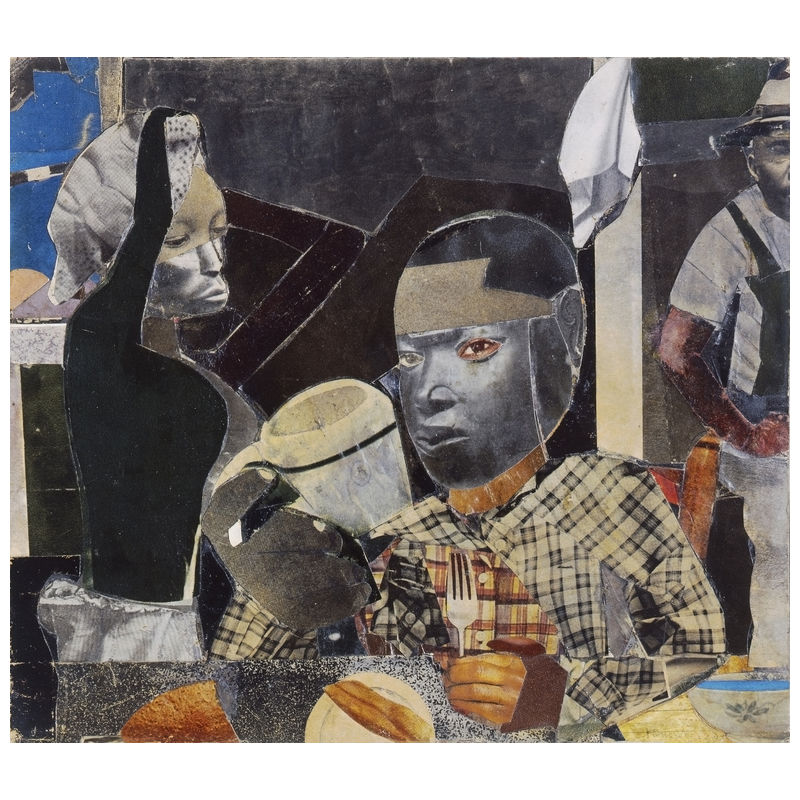 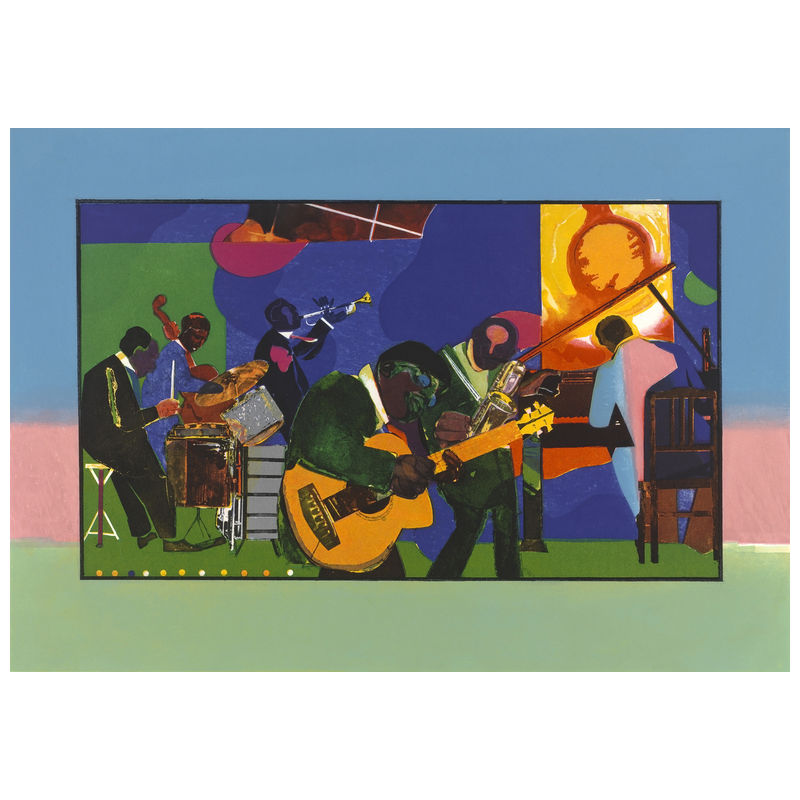 Jamming at the Savoy 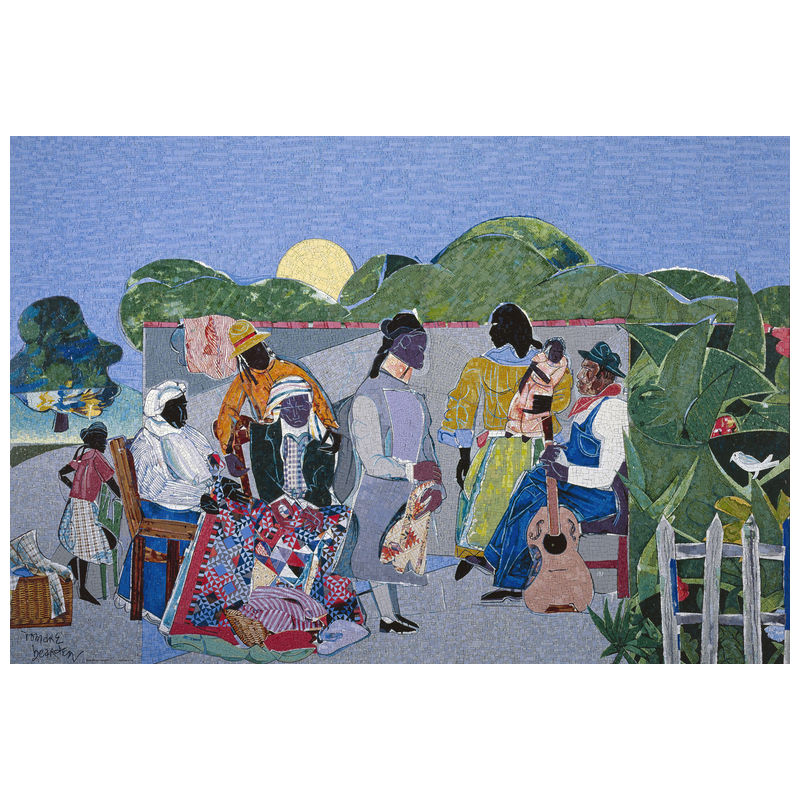 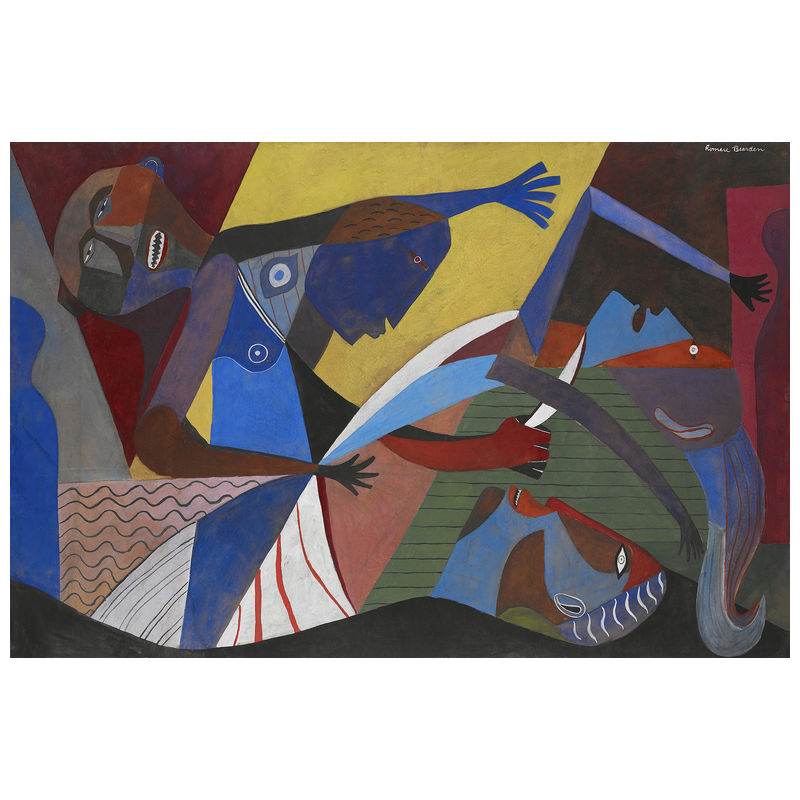